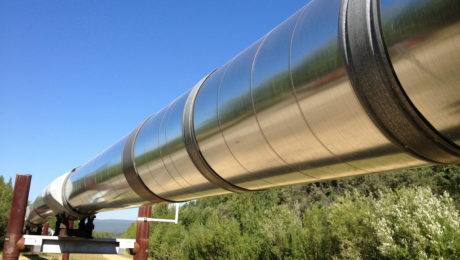 In their criminal trial, activists argue they had no choice but to trespass and stop oil pipelines.

The four activists trying to turn of the pipelines in Minnesota planned to let the world know what they accomplished. A film crew followed them to the pipeline. They knowingly risked being arrested. Similarly minded individuals consider turning off the pipeline to be civil disobedience. Just as members of the Civil Rights Movement risked arrest. The activist believe inspiring others and bringing attention to the cause is worth the risk.

Other less extreme tactics have not been effective in stopping governments and corporations from using fossil fuels. Demonstrations, documentaries, and non-profit organizations prove to be poor weapons against policy and industry. In the minds of the organizers behind the protest, climate change is an emergency that will not wait on slow-moving legislation or reluctant corporations.

Prosecutors and stakeholders against the activists expressed concern about other activists being encouraged to commit more crimes. In response, one of the defendants said she hoped others would be inspired to participate in future acts of civil disobedience.