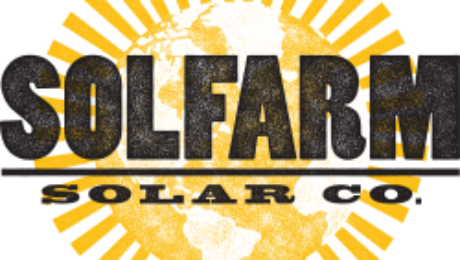 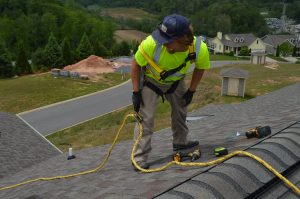 This week at SolFarm Solar, we are highlighting one of our newer staff members, Edward Wright. Having been born in the UK, Ed came to the United States as a boy. He graduated from Appalachian State University with the appropriate technical degree and began an internship with SolFarm Solar. Later accepting a professional position with SolFarm as a Solar Installer, you are sure to see him on top of SolFarm roof-tops and at SolFarm Events. When asked about his passions, he states, “My passion is bringing innovative renewable energy technologies to our communities as well as communities in developing nations. I love soccer (football), disc golf, and stomping my feet to some good live music! Especially bluegrass!”

Ed has traveled to Costa Rica twice and once to Nicaragua to install several small off grid PV battery systems for rural homes and organic coffee farms. “These systems were for families who were unable to afford grid power or the power company was unwilling to bring grid power to those locations.” Ed also has experience servicing existing projects such as, wood-fired rocket stove hot water heaters, micro hydro electrical systems, permitting and solar design. Ed is a welcomed and loved member of the SolFarm team. You too will be able to catch up with him at the next SolFarm event or at your personal solar install.

Harvey, Irma, and Maria Have a Silver Lining for Solar 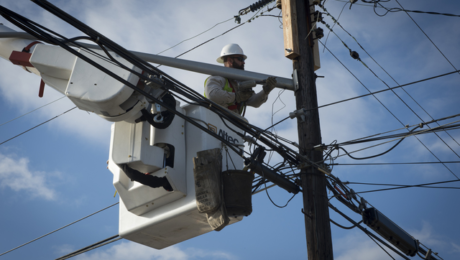 While the barrage of hurricanes destroyed homes and lives, there may be a silver lining on the horizon.

In the face of ruined energy municipalities, affected states and territories have a choice to make: repair or rebuild.There is a chance Texas, Florida, or Puerto Rico could follow the path New York took after Sandy. New York created a plan to increase grid resiliency through microgrids and production diversity.

Why There Should Be a Change 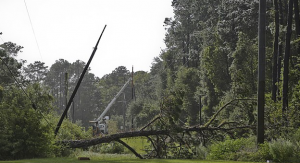 Powerlines down in Florida after Hurricane Irma

Texas and Puerto Rico were vulnerable because utilities produced energy far from consumers, and long transmission lines were outdated. Poles were easily knocked down, and once they were consumers were cut off from energy. Florida had modernized or ‘hardened’ almost half of their transmission wires, but still suffered crippling outages for days. Where the poles were hardened or transmission wires buried underground, transmission was largely protected.

After Irma, Florida decided to analyze their municipal energy systems, but it seems they are putting their trust in hardening the system, sending funds and effort in that direction while the analysis takes place. Texas gives counties and towns a lot of freedom, so local government will decide whether to invest in microgrids and diversity or system hardening.

Puerto Rico’s biggest concern is just getting the lights back on. Weeks after Maria, Puerto Rico is rebuilding and will be for months. Their government owned utilities will be privatized. After that, Puerto Rico will have options about how to make sure a disaster on the scale of Maria never happens again. With their grid decimated, they will have room to completely change and upgrade, but with the Puerto Rican utility’s debt and the severity of the outages, they may just replace what they had to begin with.

Relief efforts in Puerto Rico include solar and batteries with solar companies and associations donating resources to make sure that necessities and as many families as possible have power while the utility system is being rebuilt.

Why Microgrids Are Viable Solutions

They are already being used. If microgrids can be successfully used in relief situations and on an individual basis, they can be used on large scale too. Tesla and other solar companies have even said they are ready to meet the challenge, and the governor of Puerto Rico has seemed receptive. 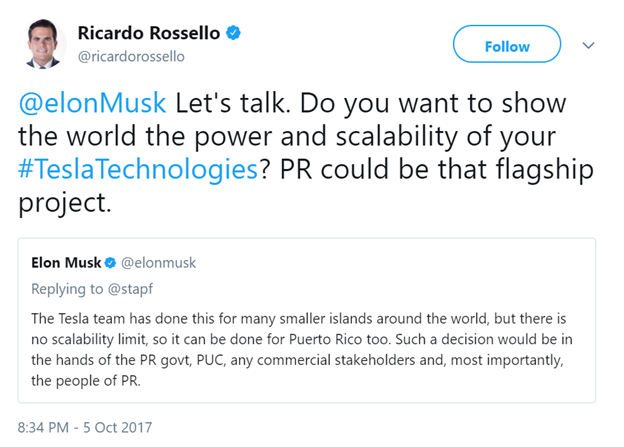 In the face of another natural disaster, a microgrid would mean a town would not be powerless even if a powerline in a large transmission system gets knocked down. One of the beauties of a microgrid is that it is local. For a regulation system like Texas’ where towns and counties have control of municipalities, microgrids could be perfect backup for outages due to transmission or even generation difficulties of large-scale utilities.

Finally, diversifying energy production means the pressure on large power plants to produce all the power for an area is lessened. If something happens to that plant or if the power it is producing is not enough, other energy sources will be there to make sure the lights do not go off.